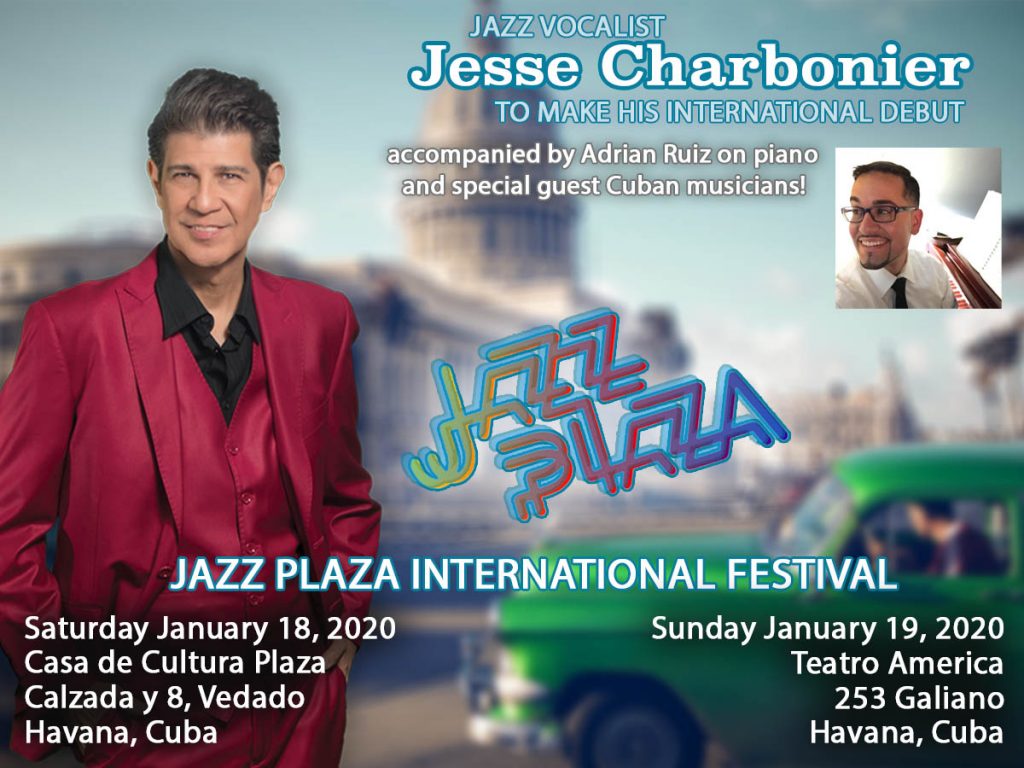 Jesse Charbonier was born and raised in Chicago of Puerto Rican parents. He always had a love for the arts and began acting, singing, and songwriting at an early age, but became more involved as a behind-the-scenes player—marketing, directing, producing, films and music artists. As a result, Charbonier truly understands and values all of the elements that come together to create a moving event, film or musical performance.

In music, Charbonier has developed and produced music and music videos for artists from various genres. In cinema, his involvement varies, from the full-scale production of independent feature films, to programming and organizing film festivals all over the United States. Charbonier performed weekly at Chicago’s iconic Drake Hotel for five years at its legendary Coq d’or to rave reviews.

His directorial debut, Stormy Weather Rhapsody, is a short film 4 years in the making.  Featuring the legendary dancer/choreographer Joel Hall and present and former members of his dance company, it tells the true story of a group of professional & aspiring dancers, an up & coming jazz vocalist and an artistic director who are struggling to make a success of themselves in spite of all of the challenges presented to them by friends, family members and the topsy-turvy political atmosphere. Set in modern day Chicago, this film is based on true experiences of everyday people who dare to dream against all odds.

His new album release, Introducing Jesse Charbonier, includes a mixture of Jazz Standards, Latin Classics and an original self-penned song titled Let’s Not Discuss It.  Influenced by such vocal greats as Nat King Cole, Billie Holiday, Nina Simone, Bill Withers, Lena Horne, and even Elvis Presley, this album has it all.  Also featured are two Latin songs, Quizas, Quizas, Quizas that Charbonier performs both in English and Spanish with a touch of mambo and bachata, while Si Me Faltas Tu, written by the legendary writer Armando Manzanero is performed in the traditional Latin Jazz.  With five of the songs recorded in Los Angeles and four of the songs in Chicago, it features the best musicians in both of those musically rich cities.

His first recording “Let’s Not Discuss It” is an exquisite composition by Federico D’Antoni. Charbonier wrote its haunting lyrics to accompany the lush arrangements by Arturo Solar. The recording came all together under the guidance of Hollywood producer Juan Manzur. Let’s Not Discuss It, is a production motivated by the love that they each have for the musicianship that jazz allows them to demonstrate.  Because Charbonier has a filmmaking background, it was important that the accompanying video for the song have a cinematic element to it. It was his way to honor the popular “film noir” style of the time of the height of the jazz vocalist.

Charbonier released his first album on December 15, 2013 titled, “Jesse Charbonier; Live at the Vic Theatre – Chicago.”  The live recording captured a sound that takes one back to a time when true musicianship was not only performed but was cinematic in its delivery.

Years ago two films had a profound effect on Charbonier; the documentary film “Let’s Get Lost” directed by Bruce Weber featuring the life of Chet Baker, and “Lady Sings The Blues” directed by Sidney J. Furie, about the life of Billie Holiday starring Diana Ross. He credits these two films for introducing him to the music of Jazz.
He decided to put all of his efforts and study the music of the great jazz vocalists, past and present. Charbonier stated, “I wanted to learn and hear every jazz song and standard I could.” As a result, Charbonier exposed himself to some of the most amazing vocalists he had ever heard. “The interpretation of some of the greatest vocalists was what was inspirational to me. As a vocalist, I finally felt that I could freely express my abilities to interpret songs my way.”